Compound interest is the magical phenomenon that grows your money exponentially. It can be more powerful than a passive income stream or even your paycheck.  It's probably the greatest path to wealth building that has ever existed.

And at the end, I'm also going to show you a calculator that I use on my phone almost every day that uses compound interest to help quickly calculate the numbers for you.

Okay. So I'm going to go jump right into it and we're going to go through a simple interest calculation so you can understand how compounding works. So this is really the building blocks of it all. So let's go ahead and start with our $100. If we invested $100 at an 8% rate of return, we'd simply take this $100 and multiply it by 8%.

So while after the first year, we only have $8 in year two and beyond, we're taking that $8 and then also applying that interest rate. So here's what that looks like. So taking that same example of $100 and multiplying it by our 8%, we are making $8. So I'm only putting the gain over here now in year two.

It starts small. But over time, it's significantly increases in size. The further along that we get. So to understand how this works year after year, over a longer time frame of 30 or 40 years, I want to go to a Google sheet so we can see all the math really quickly. To see the effects of what is exactly going on with compound interest.

So I'll change that to a percent of 8%. And then we will start our year one through 30. So this is going to be one to going on down. We're going to change this to a number And we're going to put that to number right there, going down to 34. Highlight that pull it down for 30 years. We'll actually go to 40 just so we can see the total effect here.

And then this is going to be the sum of the $100 plus how much we're going to make. And that's one. 08. So then our year two will then show what we made after year one, which is our 108. So we're going to say equals this number right here. And then we can see this. So I'm going to go ahead and make this the same number each time.

So the purple will be the same 8% each and every single time. So we can go ahead and drag this down, drag this down and drag this down. And should start to populate here. So you could see all the numbers here. Drag it all the way down to our 40 years. I'll expand these so we could see them a little clearer and we'll scroll a top and then we'll start talking our way through this.

So in year one, we invested our $100 and we made $8. So that totals $108. Now, in year two, we're starting with our one and. So we're making that other $8 starting to work for us. So then that's where we get our additional $0.64 because now we have that $8 also working for us. So rather than just making the $8 each and every single year, we're making a little bit more like that snowball that we talked about.

So we can put it right here that we're this is the gain for each year. This is the ending balance for each year. And we can expand that. So instead of seeing and I'll just organize this a little bit better so we can see it center this there now rather than just having that $340 that we talked about with the simple entries.

So we started with $100 at simple interest means the 8% was only giving us $8 every single year, but we weren't re-invest getting that $8 that we were actually making. And that is what compounding does for us. So our initial investment of $100 over 40 years would turn into $2,172.45 or set another way if we go back to our sheet and we change this to $1.

So when we're looking at reaching our goals, it's not just about the annual rate of return, but it's also about the time frame that we're investing What it really means is that the earlier that you start investing, the better off you're going to be when you hit retirement. And we can also see from here that even though we started with $100, we ended with 21 72, 45 significantly more.

So it doesn't necessarily mean that you need to start with a lot of money in order to be rich. You could start with a little sum of money. Start that investment process and then wait over time for it to grow So to put this into perspective, that $5 cup of coffee that you're spending today is really $100 away from your financial future.

Now, I'm not telling you that you shouldn't go out and buy cups of coffee or spend the money any way you see fit, because you certainly can. But hopefully this concept puts a higher value on each dollar that you're spending today. So now let's go ahead and jump into that calculator I was talking about in the very beginning.

So you can quickly do this math and really understand the concept of compound interest. So this is the calculator that I use on my phone, and I'll leave a link in the description at the bottom. I don't have any affiliation with the calculator I think it cost a couple of dollars. I'm sure there's free versions out there, but I just want to go through so you can see exactly how this works.

And then our $100 and we're not going to put anything for a payment that's systematic payments and for future value. So you can see our $108 and just ignore the negative symbol or the negative sign. And if we jump this one to 40 or 40 years and hit shift and end and go ahead and hit the heavy, we can see that we get two that are $2,172.45.

Now normally if you're looking at this and you've already are familiar with the calculator, you would say, well, wait a second shift, you do 12 payments a year or even 365 payments a year for compounding on a calculator. Yes, but I'm simplifying this walkthrough. Just, you can understand the concepts. So go ahead and check out some of my other videos to go through the calculator math, and I'll do some future videos.

And of course, if you have questions, let me know in the comments down below on the calculator use for compound interest. So if we do all of this, we can even take it a step further and start to add in payments. So let's say that you started with $100, but you wanted to contribute additional money. Moving forward, let's say $100 on a monthly basis, we would change our payments per year, which is right now at one.

We're going to change it to 12 payments per year. And you can see it says 12 now up there. We're going to go ahead and reenter in our 40 years because we're going to have 480 months and an 8% with our initial investment of $100. But we're going to contribute $100 on a monthly basis. And then we can quickly figure out what that would look like at an 8% rate of return.

And then we're going to get 353,855. So that was all basically a simplified walkthrough of how compound interest works. And also what would it look like if you started adding money towards your investments on a monthly basis? But you might still be wondering where I got the 8% from. And it really is more of a conservative number or a projection. 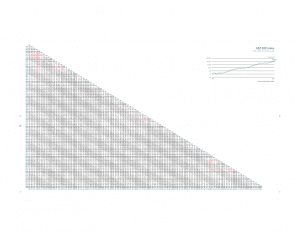 It's an estimate. We don't really know what your investments will do over the long haul. We only see what history has shown us and apply it towards the future. Of course, that's not a guarantee but to show you those numbers of the S&P 500 over longer time frames, we can go to this chart right here. And this is the S&P 500 going from 2018 back to 1926.

I don't think any of these go below 9% going through it. Now none of them, but if you go to the earlier years, you can see that it's a little more volatile or those numbers change a little bit more. Sometimes they're lower than are 8% target, but over longer time frames, you can expect a little bit higher rate of return.

Again, history isn't a guarantee of future performance. But that is where we're pulling the numbers from. Now, you can certainly go in and put in 10%, but that really doesn't do anything to the actual investment. It's just a projection to give you an idea of how much you need to start with today or how much you have today.

What would happen if you start adding to that on a monthly basis or a systematic one? And what would it look like over that long haul? So hopefully this give you a better idea of how compound interest works and a calculator. You can actually run some math very quickly right from your phone.

Here is the link for the calculator for compound interest.